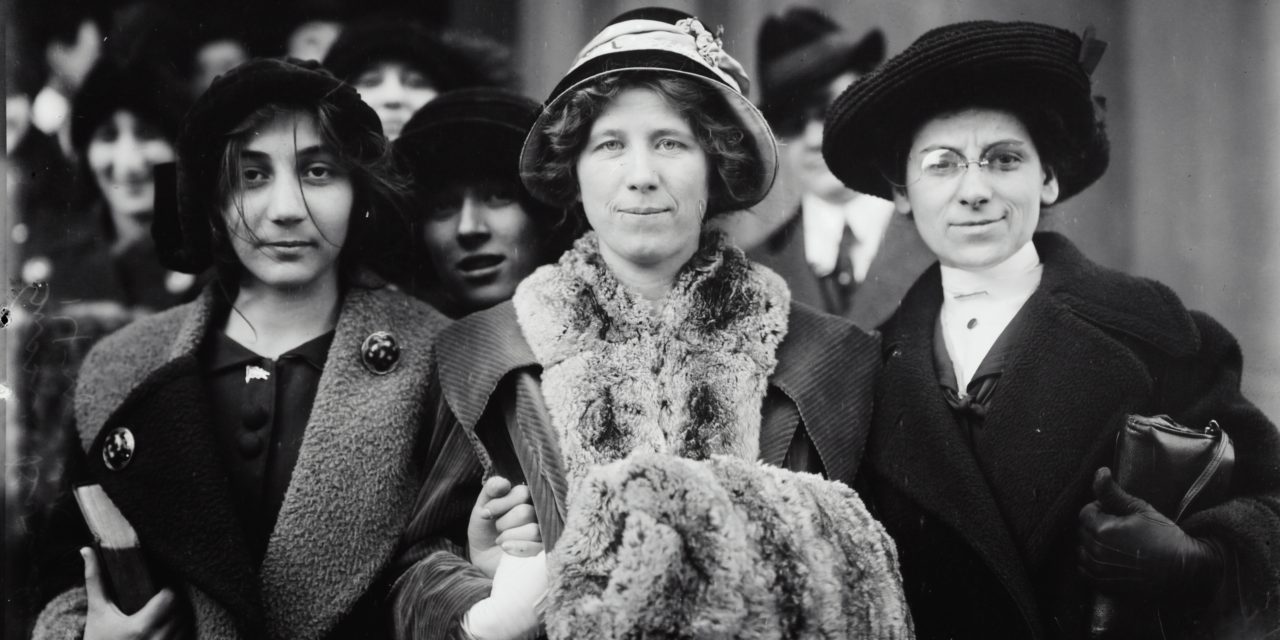 Women’s Liberation and
Other Travel Ambiguities

I’ve been sitting in this airport terminal for three hours – delayed by weather – waiting with a thousand other travel-weary passengers for departures to various points around the globe. My destination is close, only ninety minutes by air, and my meetings aren’t scheduled until tomorrow, so I have no reason to complain. I am passing the time, doing work that I would be doing if I were sitting somewhere else. I don’t have a desk here, but I have my lap. Instead of my plush office recliner, I have a plastic airport chair. All in all, I’m sitting in air-conditioned comfort, so what’s the difference?

I offered my seat – there are not many to find right now – to a mother and child who are standing patiently in front of me. She’s wearily holding a five-year-old-sized boy. The young mother and child are a part of a larger family group that includes two older adults. I assume the others are parents. In unison, the two ladies decline my offer with smiles and obvious appreciation. “Very kind of you,” the grandmother said. “Not many men make such offers in today’s world.”

“Sadly it is true,” I reply. Turning back to my seat, I add, “Chivalry isn’t what it used to be.”

“If I offer my seat to a lady, am I treading on her liberated rights? Am I patronizing her? Is chivalry the new male chauvinism?”

Sitting back down, feeling awkward about being a male in today’s world, I pondered the exchange for a moment. What’s happening in our culture? Are men less considerate today? Perhaps. To my knowledge, I am the only man in the room that made the offer. But, really, I’m not sure the loss of chivalry can be explained so simply. It is an observable fact that fewer men observe common courtesies towards women, like giving up their seat or opening a door. Even here, there are a lot of men sitting down and a lot of women standing up in this room, but this observation isn’t based on an empirical study. It just feels that way. Is it because post-modern men have become obtuse? I’m not sure, but I’m leaning toward something more complex than simple beastliness.

I think men have also lost their way. In a culture that has lost its way. Lost people can be beastly… they can even be dangerous. The women’s liberation movement – a very good thing in my view – has thrown us into a crisis. I don’t know if men – as a demographic group – are any more thickheaded than we were a hundred years ago. Mankind has always been capable of beastly behavior. But, historically, we had culture to thank for holding obtuse behavior in check. Society expected us to leave objectionable inclinations in the closet at home and behave “like a man” in public. But now? Who knows? No one knows what is expected of us. Most of the rules are being discarded like useless trash. It’s no wonder men are uncertain about how to behave, especially when we interact with the “gentler sex” (I’m going to get into trouble with some for even stereotyping women with that archaic phrase). We simply do not know what is expected of us. The rules that previously governed – and perhaps tempered – beastly behavior, are now up for grabs. Some are gone with the wind.

If I offer my seat to a lady, am I treading on her liberated rights? Am I patronizing her? Is chivalry the new male chauvinism? She is certainly capable of standing on her own hind legs like any man. Do I think she is weaker than me and therefore NEEDS a chair? So goes the uncertainty. Even worse, it crosses my mind that a gesture of kindness might be interpreted as flirtation. God forbid.

All of this flashed through my mind in a millisecond. I offer my chair anyway. Oddly, both mother and grandmother thanked me with sincere smiles and bright eyes… and succinctly decline my offer. They were genuinely appreciative. I may be slow, I may not always comprehend a woman’s needs, but I can read a face. And, besides, even if these two women are liberated and don’t need my chivalry, most human beings still appreciate thoughtfulness.

Oddly, the granddad stood there looking confused… and obtuse.

Ralph Winter observes that after the Civil War, the male population of the United States was so decimated that women, who prior to the war, were mostly illiterate stay-at-homers by cultural decree, now had to go to work outside of the home. There simply were not enough men around to get the wheels of a nation turning again. They went out into the fields and barns to work their farms. They also went into the towns and started running schools, stores, banks, and even government services. These enterprising women survivors of war, compelled by an unwanted reality, also created new schools for a disproportionately large female population to help them learn how to read and write, start businesses, manage money and investments, and provide leadership to a ravaged population trying to scratch its way back to civil society. Because they were Christians, as a result of the Great Awakening that preceded and in part influenced the war (by a growing Christian population that were morally opposed to slavery) many of these women also became active in church leadership; in time a good number of them took up the missionary cause.

So, a just war to stop slavery also had the unintentional side-effect of liberating women into a new world of education, voting rights, personal empowerment, and global vision.

Perhaps today, the women’s liberation movement has taken things too far. Maybe even lost its way. The Bible defines roles for men and women. “Wives, submit to your husbands… Husbands, love your wives.” One can argue until the cows come home – no matter who is out in the field herding them in – about which role is more subordinate. I tend to take Paul at his word. Submission isn’t burdensome when you know your man will give up his life to be sure you are safe, loved, and nourished. Submission is much harder when he is a self-absorbed narcissist. The same could be said when the roles are reversed.

I view the gender roles in marriage as they are described in the bible, as complimentary behavior, functions of two equally valuable and precious human beings who are committed before God’s watchful eyes to attend to each other’s needs. If we could get that right at home, perhaps men and women wouldn’t be so uncertain about how to behave in public. In the meantime, I will still offer a lady my chair, and hold a door for her. Why? Because that’s what my parents taught me to do. It is also something my wife totally appreciates.

I’ll appreciate her for forgiving me when I forget. And, I’ll never be offended if she declines the courtesy. That would be obtuse.