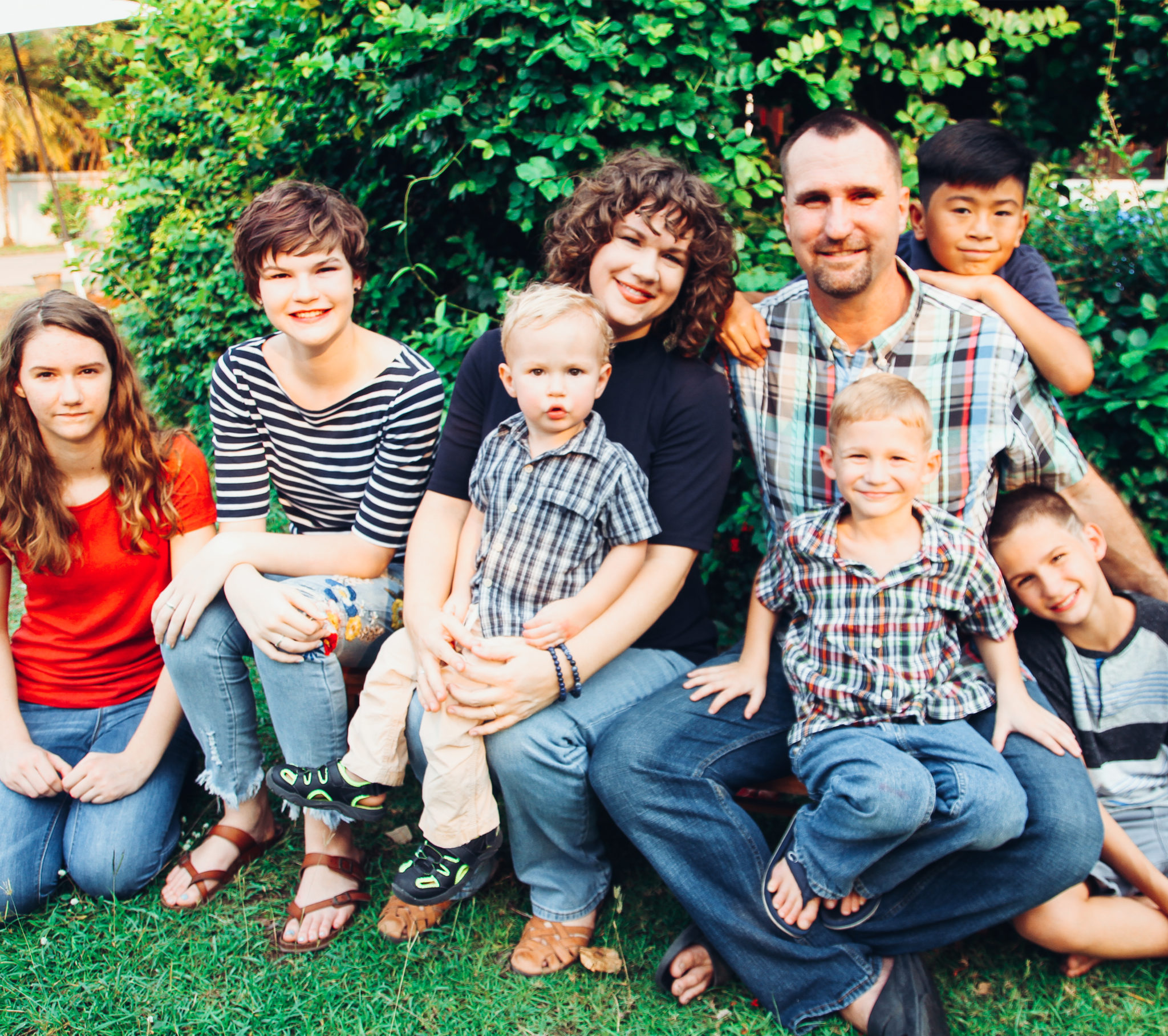 Brian and Mary Beth moved to Thailand in 2001 as newlyweds with a heart to reach the unreached. Along the way, they have been blessed with six children who were all born in Thailand. They lived and worked among the Southern Thai people of tropical South Thailand for nine and half years until 2011, working with local church plants and training local believers through an evening Bible school and later a full-time ministry training school. In 2011 they moved to a rural, mountainous region, bordering Laos in Northeast Thailand where they labored in a very isolated and unreached area for five and a half years. These years were spent reaching out through home-centered gatherings and discipling believers to reach and disciple families. They are now living in the city of Khon Kaen and work with a house church planting network in outlying rural areas. The Isaan region of Thailand is marked by drought, poverty, and lack of education yet the Gospel is beginning to flourish in beautiful ways! Among the 18 million Isaan people, it is reported that only .27% claim to be evangelical Christians. The Stubenrauchs’ heart and vision is to disciple disciple-makers. They long to see generations of Isaan believers spreading the love of Jesus through their communities until true multiplication takes hold and all of Isaan is aflame with the grace and glory of the Living God.