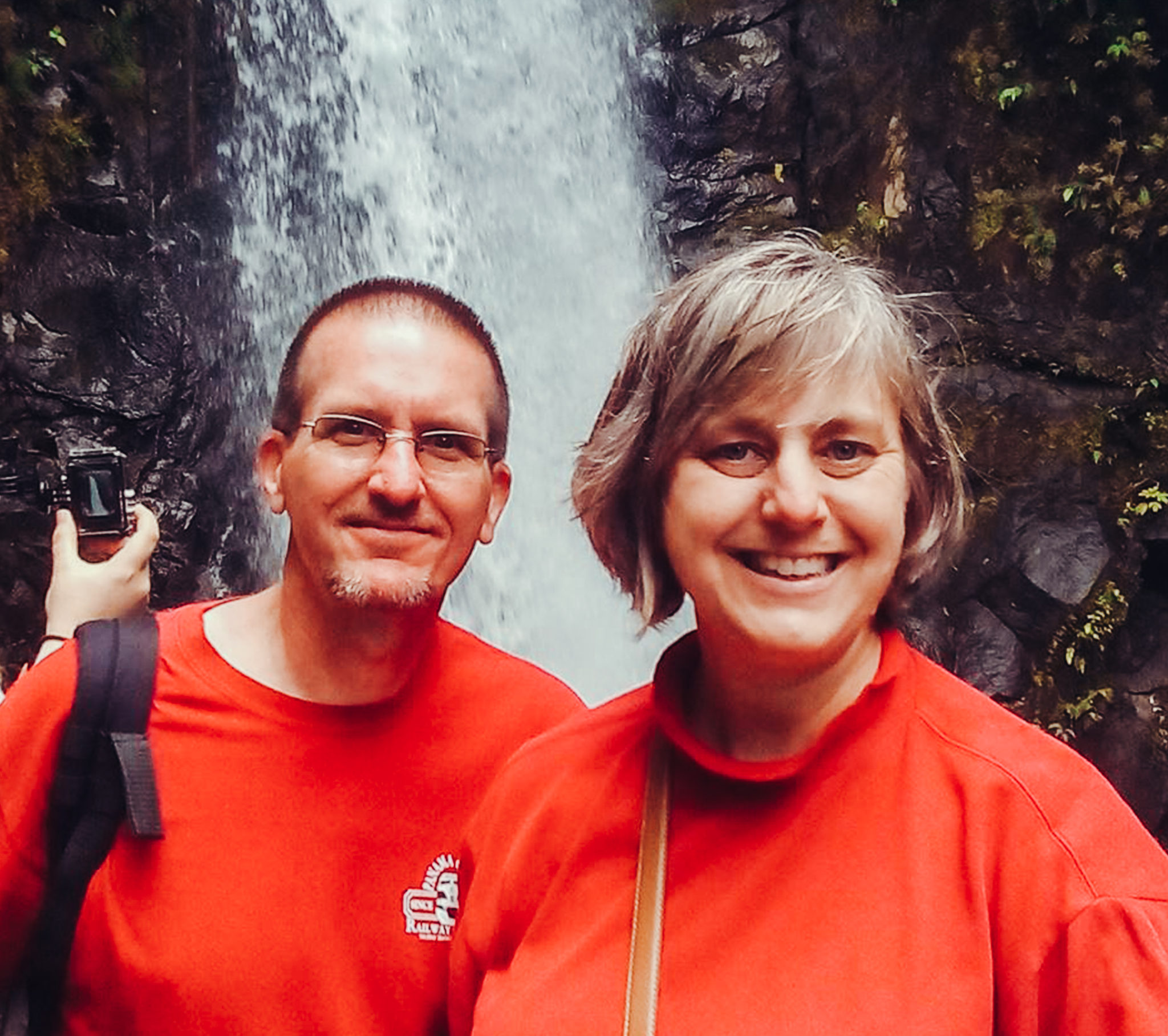 SERVING IN: the USA

Armin and Colleen have been married for 30 years and have grown 3 children. They currently live in Clarkston GA. They started their missionary work in 2008 where they served as mission team coordinators for their local church in Ohio. They served on short-term mission trips to Macedonia, England, Brazil, and Costa Rica during this time. In 2014 they joined Globe International. In 2015 they completed a summer internship with Global Frontier Missions in Clarkston GA. They learned and ministered to many ethnicities in the area. In 2016-2017 they returned to Costa Rica to serve as interns working with an established mission helping with English as a Second Language and assisting a discipleship school called Vida 220. Armin and Colleen have since returned to Clarkston GA where they live and serve on a discipleship team ministering to refugees and Internationals in the area. The team trains a process called “No Place Left” which teaches simple gospel conversations, building disciples, and forming healthy gatherings of believers. They have trained churches in the Clarkston/Atlanta area from Vietnam, Nepal, Mynamar, African/Caribbean, Sudan, Ethiopia, and short-term/interns. As well they have trained a number of American churches and at the Clarkston Bible Institute. Colleen went to Myanmar with a team from Clarkston to help train nationals to start a number of small gatherings. Their primary goal is to share the Gospel and train American and ethnic believers who have caught the vision to reach their own ethnicities and also reach unreached people groups throughout the world. They are working with Globe International on an unreached people group initiative developing effective strategies to reach unreached people groups in the United States and overseas. Thanks be to God for the vision and resources to accomplish this work through Jesus Christ.

The past couple of months have led us to several ministry trainings and coaching opportunities. These opportunities have
helped lead some into a deeper relationship with Christ and the Word. Colleen and I  participated in a 12-week Discipleship
Small Group with the Atlanta Vineyard. The course covered topics including Hearing the Voice of God, Identity, Evangelism,
Christian Worldview, Relationships, and the Holy Spirit.

A friend started a Bible study with a Burmese family that I have been helping to facilitate. The goal is helping the family to study the Word together and give them a vision to go out and tell the Gospel. Recently two of the teens have accepted Christ. We have started studying the book of Mark to help them grow in the knowledge and understanding of Jesus and His ways.

In the future, our plan is to develop a small group where the Bible can be studied, and God’s true character and name can be revealed. It has been difficult to gain traction with anything new. We hit a dry spell in ministry because of the virus, however, we continue to move forward in hope that God will reach the hearts and minds of those in the Clarkston and Atlanta area. During this downtime, we were able to visit with family and friends for the holidays, experiencing some sweet worship.

We are continuing to teach “Citizenship classes” for potential U.S. citizens. This has given us opportunities to get to know many refugees and immigrants from Myanmar, Nepal, and the Middle East. One family from Nepal has COVID-19 and we had an opportunity to pray for them and tell them about Jesus’ healing power.

Since our last update, we were involved with a team of 60 from California who had an ambitious project, to hand out Bibles and or share the gospel with all of the residents of our community, Clarkston GA. We joined them in this effort. Even though we all fell short of that goal due to illness and other issues, 1,431 people received a bible.