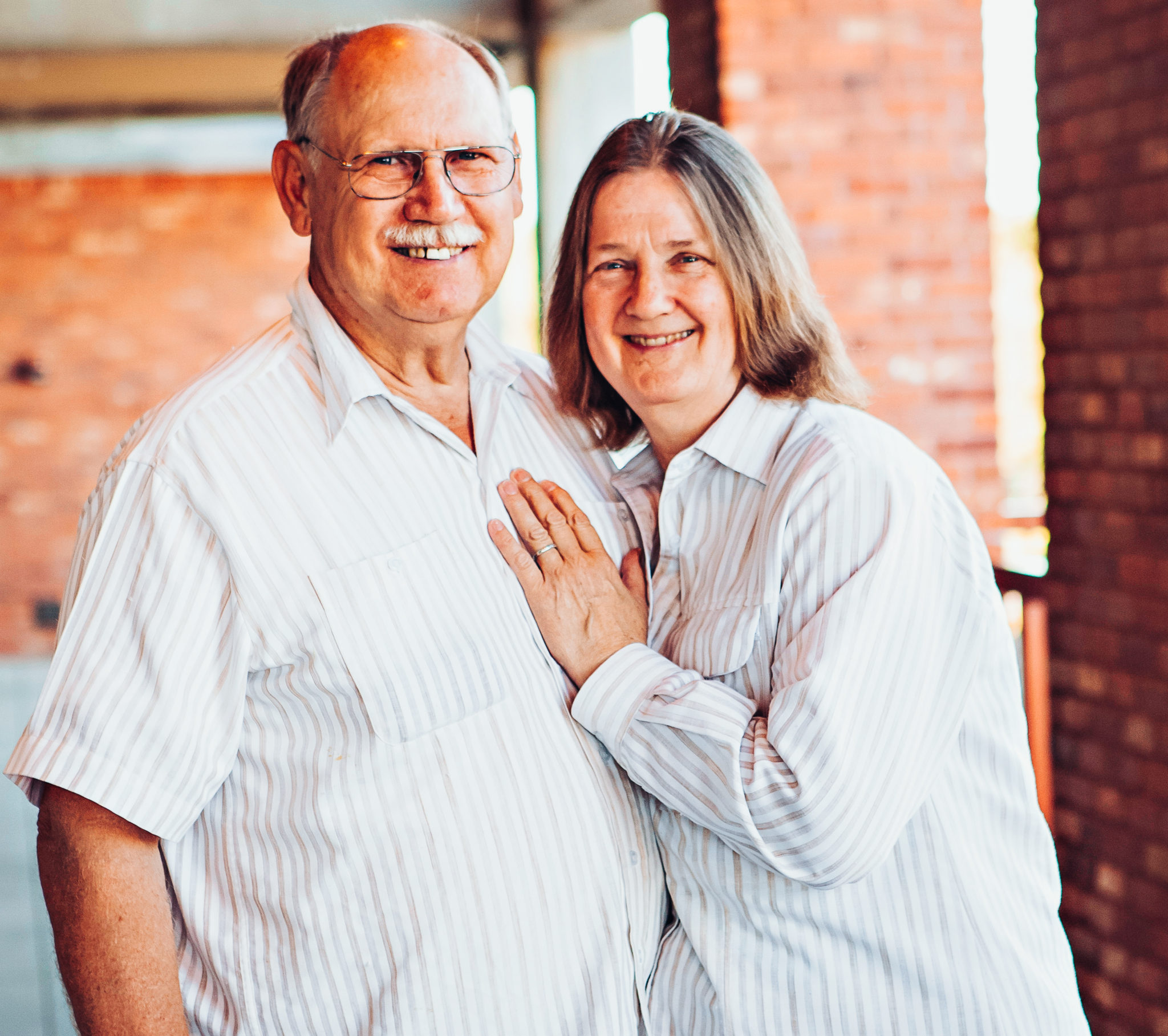 Ed and Lani first met each other at a Campus Crusade for Christ Retreat in May, 1971 at Green Lake, Wisconsin. Ed had just returned from Vietnam and Lani was about to graduate with a BS degree in Education from the University of Wisconsin-LaCrosse. By August of that year they were married. They knew immediately that they were right for each other, as every date included reading the Bible and praying together before sharing good news with people they encountered.

Ed received Jesus as Savior at the age of 9 years, but truly received the Fire of God after he turned 20. Ed loved to share about God’s grace and love to whomever would listen. After receiving his draft notice, he joined the Army at 23. Before being deployed to Vietnam, an Army Chaplain asked Ed’s unit to raise their right hand, acknowledging that they understood as American soldiers they were ambassadors of the United States. In response Ed raised both hands and said, “Lord, I am also your Ambassador.”

Lani grew up in a Christian home with 7 siblings. Although she accepted Christ at 14 years old, she found it challenging to witness to her faith in Jesus. When she and Ed met, Lani found new freedom as they shared the Gospel together.

As a couple Ed and Lani used their places of work as a platform to share their faith. Ed owned and operated a car dealership and a car rental franchise. Lani taught aircraft maintenance at the Community College of the Air Force. After many successful years of business, they both knew that there was more for them to do in the Kingdom.

In their 26th year of marriage Ed and Lani moved to Pensacola, Florida for Ed to attend the Brownsville Revival School of Ministry. Lani finished up 30 years of aircraft maintenance training for the Air Force at the Pensacola Naval Air Station. After graduating BRSM and a wonderful career in service to the Air Force, Ed and Lani began praying about a call which they felt to the nations.

To help facilitate their vision, Ed and Lani joined Globe International in June of 1999, with their first trip together to Vietnam that same month. Under Globe’s covering, they have served in Vietnam for over 18 years. In 2004 they started ministering in Thailand also.

Ed and Lani utilize a strategy for training leaders in the faith by finding first ones who are called. They distinguish personal and leadership needs and help to train and establish the individual. They encourage those who have made a decision to go after God’s purpose in sharing with others, asking the Holy Spirit for direction, then providing “help” based on the resources available.

As a testimony to their many years of planting God’s word in the young people of Vietnam, they have seen youth who have caught the fire, have grown and matured, gotten married, and now have children of their own physically and spiritually. Many have their own ministries and continue the work among their own people.

As Ed and Lani look to the future, they know God will lead them to each point of opportunity. Step by step they rely on the Holy Spirit, to know the season, where to plant seeds and where to water and harvest. The key has always been to share God’s love in fullness and in excellence.