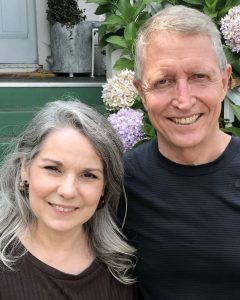 Bill and Julie both received a call from the Lord to preach the Gospel in Asia.

In 1991, after ten years of marriage and ministry in the States, God opened the doors and they moved their family to Thailand. They began in the central region where they spent their first seven years learning the Thai language and working with a team to plant Grace Bible Church.

In 1998, they moved to Northeast Thailand and began River of Life Church Planting and Evangelistic Ministry in the city of Khon Kaen. Starting with their outreach team and a few neighborhood boys, they started meeting in a rented facility. They trained their team and worked together with them to win people to Jesus and disciple new believers. After the church was established, they began reaching out to villages surrounding the city. Thus a new ministry was born.

In 2013, they began working exclusively in the villages. Groups began to form as a natural and effective way to disciple believers. Now, they oversee groups that meet in homes and a team which is made up of village believers who work alongside them to evangelize and plant new groups in the rural areas. They are very committed disciples and have a passionate desire to follow Jesus. They come back reporting what God has done. The miracles, the baptisms, the new villages being reached- all point to the fact that they could be on the cusp of a movement among the Northeast Thai people.