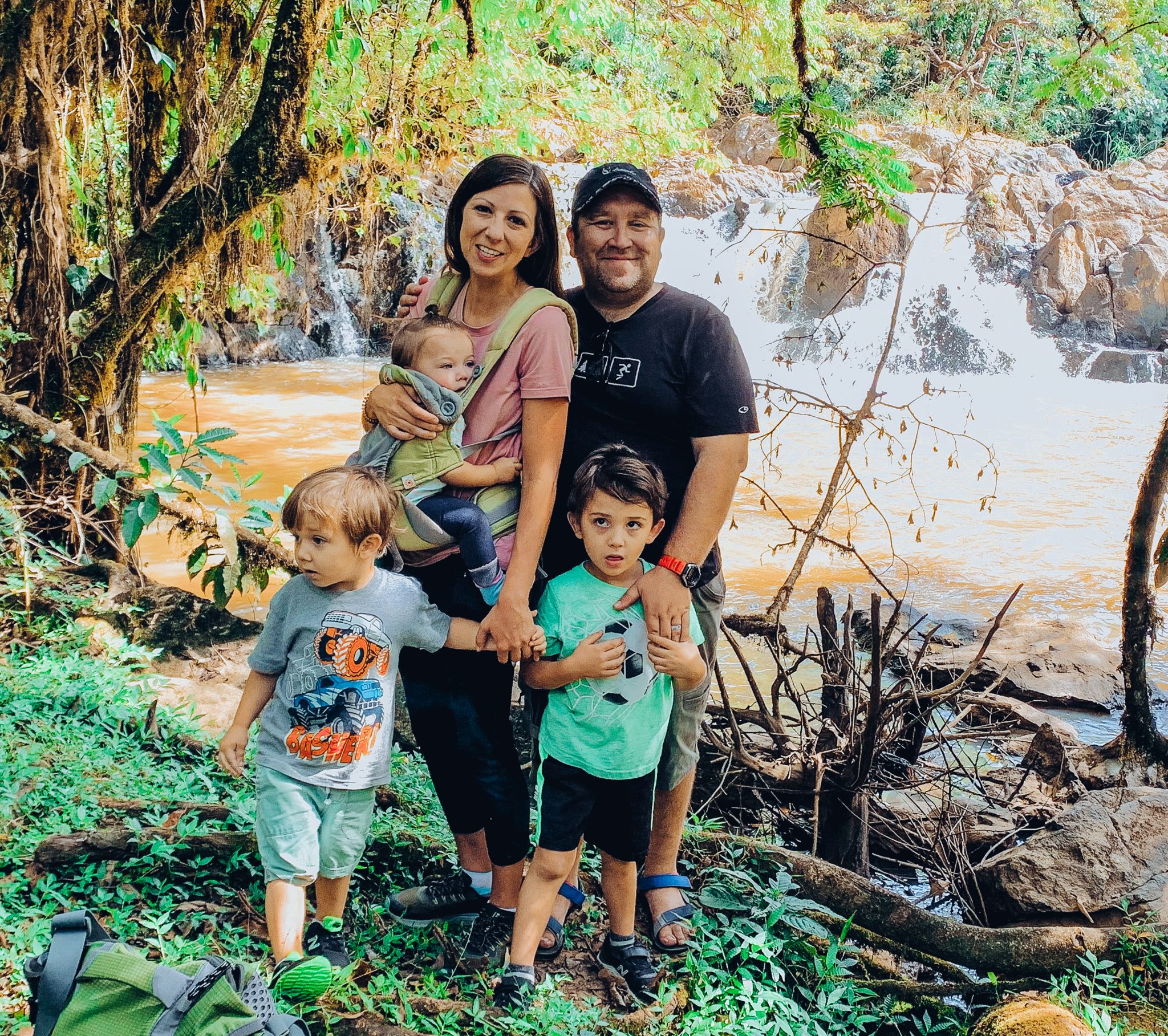 “We are called to bring the Gospel of Jesus Christ to the nations with the Holy Spirit as our guide for the Glory of God the Father.”

Maverick and Amy are full-time commissioned missionaries with Globe International mission agency based out of Pensacola, FL.

Amy, a North Carolina native, took a mission’s trip when she was a teenager to the (Challenge Farm) in Africa where she saw the needs and poverty that so many Americans have never experienced, yet she also witnessed the joy the kids had because of Jesus! She was so moved that that she laid down a desired future in fashion design to pursue missions work, got a degree in Biblical studies from Liberty Bible college, and soon began working stateside for missionary Cheri Thompson. (Founding Director of Challenge Farm)

Maverick, a Florida native, was called to be a missionary at a summer missions camp when he was a young teenager. He eventually went on to receive a Bachelor’s degree in Graphic Design from the University of West Florida knowing graphic work could be something he could do around the world especially in the growing technological age. The Lord led him to work at Globe International Missions agency in Pensacola, FL combining a love for art and the call to missions. At one of Globe International’s annual mission conferences, through divine intervention, Maverick and Amy met, and fell in love! They are married with three beautiful children, Jonah, Hudson, and Ava.

After being married for one year, they served for one year in Asia as interns, and are now serving as the International Directors for the Challenge Farm Children’s Home and Academy located in Kitale Kenya. Their prayer is to inspire a deep love for all nations and peoples in the heart of anyone that God leads them to disciple.

“For God so loved the world, that he gave his only Son, that whoever believes in him should not perish but have eternal life. For God did not send his Son into the world to condemn the world, but in order that the world might be saved through him.” John3:16-17

Amy has started teaching a weekly class to the Challenge Farm grades PP1(Pre-School) & PP2(Kindergarden.) She is currently doing lessons on creation, plus a fun craft/activity with the kids. Jonah is getting to join too, which is great interaction for him.

Maverick got the opportunity to preach at church here at Challenge Farm and 7 girls professed a new faith in Jesus Christ. PRAISE GOD! We will be doing a class on Baptism for them and others who have not yet been baptized before we do the actual baptism. Also, Jonah our four year old recently asked Jesus into his heart! We have really seen a change in his attitude and how the Holy Spirit is with him. He is talking about Jesus more, and been so much more kind and helpful. We praise God for his heart for the Lord at such a young age!

Speaking of new things if you have not heard yet, we have received our Kenyan Work Visas and we are so excited! We have
paid the final payment for our Work Visas and the dependant visas for our children should be finalized this month as well. The Work Visas we have been approved for are good for 3 years and the process to renew them in the future is said to be much easier and can be done in Kenya.

Thank you for your prayers! Maverick had a wonderful trip to Kenya. He was able to go and be present at a conference
in Nairobi, and also was able to get to spend some quality time at Challenge Farm.

We are helping to facilitate & launch a new micro-finance loan program which will mainly focus on providing small loans to graduates of the Challenge Farm which will help them start small businesses, & have more individual financial responsibility.

We are currently waiting for our Kenyan Work Visa to process. Once approved and issued our work visa will be good for 3 years!