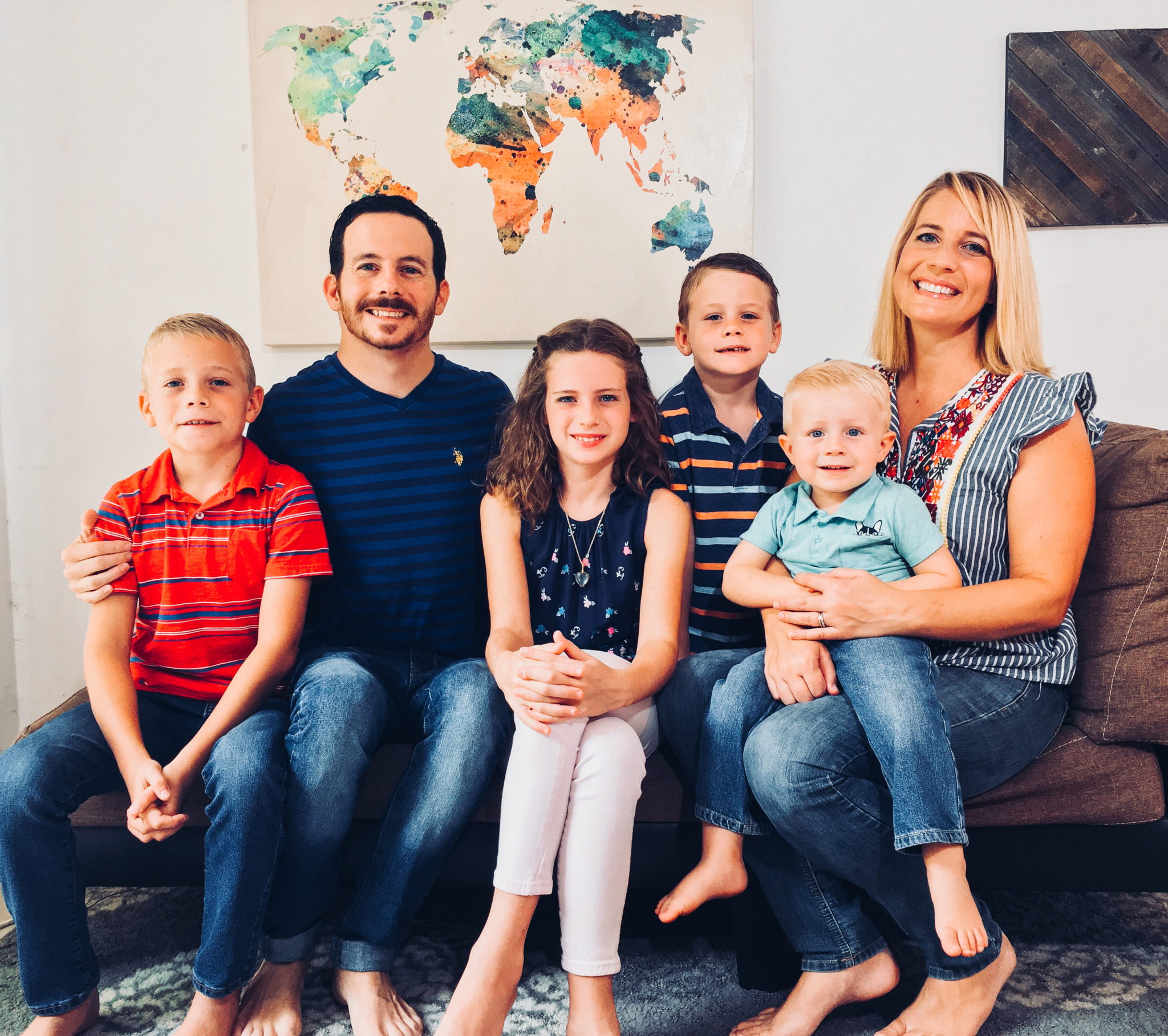 Diana grew up in a strong Christian home and accepted Jesus as her Savior at a young age. Following the example of her parents, served with various roles in children’s ministry, youth ministry, as a Worship Leader for 2 years and Secretary for 2 years. Diana always wanted to be a wife & mom and felt called to serve God with her whole life. This dream became a reality after marrying Josh! Her heart’s desire is to first see that her children genuinely know the love of God and hopefully love Him in return, second to support and encourage Josh, and finally to serve wherever she can in the ministry.

Josh also grew up in a wonderful Christian family. His parents lived by faith as his dad preached and ministered in prisons. After high school, Josh lived in London, the Philippines and South Africa for about a year. While there he fell in love with foreign missions. After returning home, he knew he wanted to serve God full-time. Josh served as the outreach pastor & young adults pastor at Liberty Church for 3 years and since then has learned the trade of a home builder under Magnolia Builders for the past 7 years. While volunteering at Globe International the last 2 years, Josh helped coordinate the Perspectives Course. His desire is to help raise up the next generation of Missionaries who will continue the work of proclaiming the gospel in the uttermost parts of the earth.

Josh & Diana met after college and, after a whirlwind romance, married in their hometown of Pensacola, FL in 2004. They have four beautiful children, Clara, Joel, Micah & Benjamin.

In 2007, shortly before their first child was born, Josh & Diana completed the Institute for Global Ministry. In 2014, they had the opportunity to serve in Nicaragua for 2 1/2 years. In the summer of 2016, they moved to Mexico to help with the launch of Mision Global.

With the onset of the corona virus, the past couple of months have been a little different from what we’d planned, but the Lord keeps reminding me that He was not surprised. We have seen His hand guiding us during this time and opening doors that we NEVER would’ve guessed would open. We have used video conferencing to reach new people in new ways. In May I was invited to work with a team from Latin America to hold a 5-day training course via video. We had a total of 44 pastors and leaders participating from THIRTEEN different countries from Argentina all the way up to Canada. How amazing is that!

We sensed when we moved back that God had called us back, but we weren’t sure why. We just had to trust Him that He had something else for us. He did. We’re excited to announce our new role as Spanish Language Coordinator for Simply Mobilizing! You’ve probably heard me talk about Simply Mobilizing (SM) before. We’ve been connected with them for a while now, using their Kairos course as a training tool in Mexico, and I spoke at their national conference in Mexico just before we left, January 1st of 2020, I flew to Canada to meet with the U.S. and Canadian teams. It was this trip that God confirmed this direction.

Please pray with us about a couple of opportunities that we have in the coming year. We believe that God called us to the U.S. for a reason, and we are spending this time seeking Him to find out what those might be. We’re praying about a trip to Las Vegas in January as well as a trip back to Mexico sometime next year. We know that God wants to continue to use us to build His Kingdom, and we want to be ready and obedient vessels that He can use.

Now that we have officially moved back to the U.S., we will be taking the next few months as a sabbatical from ministry. We will be focusing on our family, our marriage, and seeking God for what He has for us next. Please continue to pray for us.

This summer the Britnells are moving to the U.S.! We sense the leading of the Holy Spirit in this strategic move and want to be obedient to His call.

We are amazed at the doors that God has been opening this month! During one of the monthly meetings, I (Josh) was named to co-lead the Missions Committee of the Fraternity of Pastors in Chiapas.

We ended the year with another Kairos course at Misión Global. I love the way that God shows up in this week-long course. This course in particular was marked by a fervent passion during our times of prayer and of worship.