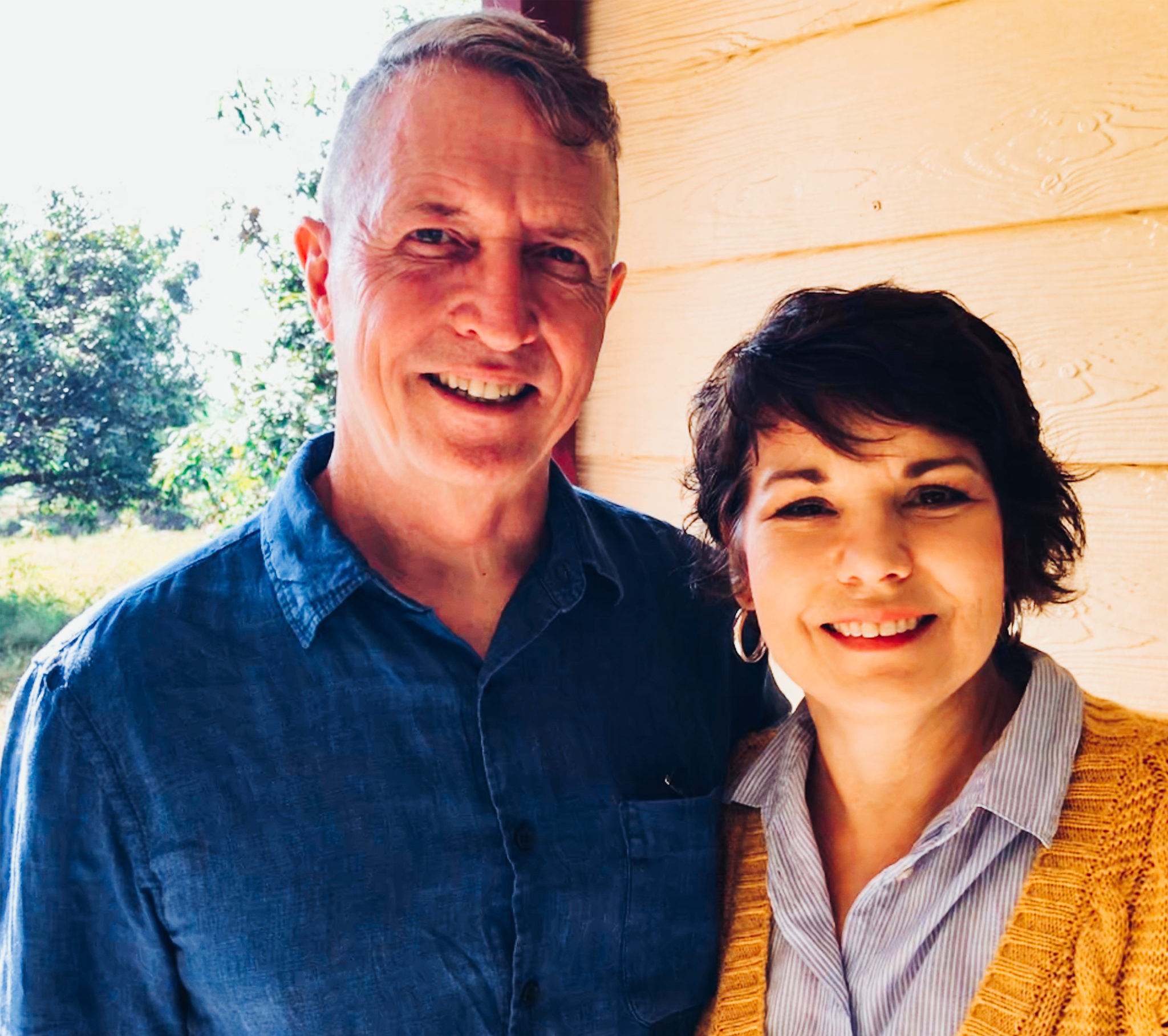 Bill and Julie both received a call from the Lord to preach the Gospel in Asia.

In 1991, after ten years of marriage and ministry in the States, God opened the doors and they moved their family to Thailand. They began in the central region where they spent their first seven years learning the Thai language and working with a team to plant Grace Bible Church.

In 1998, they moved to Northeast Thailand and began River of Life Church Planting and Evangelistic Ministry in the city of Khon Kaen. Starting with their outreach team and a few neighborhood boys, they started meeting in a rented facility. They trained their team and worked together with them to win people to Jesus and disciple new believers. After the church was established, they began reaching out to villages surrounding the city. Thus a new ministry was born.

In 2013, they began working exclusively in the villages. Groups began to form as a natural and effective way to disciple believers. Now, they oversee groups that meet in homes and a team which is made up of village believers who work alongside them to evangelize and plant new groups in the rural areas. They are very committed disciples and have a passionate desire to follow Jesus. They come back reporting what God has done. The miracles, the baptisms, the new villages being reached- all point to the fact that they could be on the cusp of a movement among the Northeast Thai people.
We believe:

Bill and Julie have four grown children and two grandchildren.

Isaac, their eldest, is a missionary with Globe International working in Thailand, along the Burma border. He supports a Burmese church and school for children. He also does recording work for Burmese; worship music and audio Bible recordings.
Updated prayer requests:

Because of the Covid 19 virus, the villages we visit have been under restrictions. Even though some orders have begun to loosen recently, we were not allowed to meet together and visit outlying villages. The past two weeks we have been able to meet with our leaders and visit in very small groups and time limitations. But despite all these inconveniences, God is continually at work!

Most people around here are very nervous about catching the virus and are complying with the government. This has severely restricted our ministry since we can’t go out and visit our people or reach out to new ones. However, I have started giving a short message from the scriptures online most days for those who can access it through their phones.

The Thai news just confirmed the first case of COVID-19 in our city. As of March 18, we have not been asked to stay in our homes yet, but schools and larger gatherings are canceled. I know that many of you in the States are going through even more restrictions than us. We are praying for you and trusting God for His protection and care. This crisis has made us feel even more how connected we are to you even though we are so many miles away.

Mrs. Ban recently received a gift and decided to use the funds to add on to her house so she can host worship meetings in her village. We met there Sunday to bless the new place.

While we were in the USA our team faithfully continued serving, loving, and sharing the gospel with people. On returning we heard testimonies of healings and new people coming to Jesus. Praise the Lord!

We want everyone in Isaan to come to know the Lord before they pass into eternity. So many people in Thailand have no idea who Jesus really is and how wonderful it is to follow him. Thank you for helping us bring the Good News to them.

Thank you for standing with us to continue reaching out to the beautiful people of Thailand and Southeast Asia with the transformative message of the Gospel of the Kingdom.

Praise the Lord that we are back in Thailand! We had a full, eventful time visiting churches, friends and family. We feel so blessed by all of you who support us and pray for us. We miss you all already but are grateful to be back here serving the beautiful people of Isaan.

Many of our believing families were worried this year because the rains had not yet come. This meant not enough rice for their families. So they prayed earnestly for more rain. Just in time the rains came and everyone got busy planting rice. We are asking for the rain of the Holy Spirit to pour down on our region as well.

Praise the Lord that we are back in Thailand! We had a full, eventful time visiting churches, friends and family. We feel so blessed by all of you who support us and pray for us. We miss you all already but are grateful to be back!

Back in Thailand, good progress has been made! God is continuing to add to the movement those who are being saved. In our discipleship program to help people begin following Jesus, the tenth step is to help others know and follow Jesus also.

We are thankful that we have seen a core group of believers come to Jesus and teams going out each day to evangelize, pastor and plant new works. Now, we plan on continuing the training of the leaders, equipping them further.